Canyon and waterfalls on the river Gorny Tikich 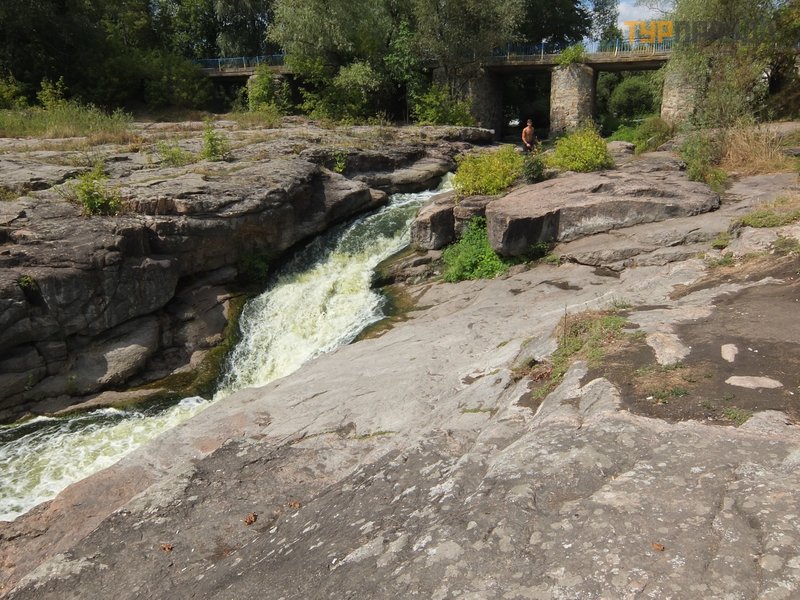 Canyon and waterfalls on the river Gorny Tikich

Rock Canyon, Buk Canyon, Buki
Ukraine, Uman
The rocky canyon on the Gorny Tikich River near the village of Buki (the border of Cherkasy and Vinnytsia regions) is one of the most beautiful places in Ukraine. The canyon itself is small, about 5 kilometers long, and this place itself is unique in that there are the ruins of the first hydroelectric power station in Ukraine. The beginning of the canyon is right in the center of the village, near the monument to Lenin. For lovers of savage recreation with tents, there are very good places where you can stay, the only thing is that you need to stock up on firewood in advance.

The Gorny Tikich River flows in Proterozoic granites, whose age is estimated at 2 billion years, and forms a deep (up to 20 m) and narrow (in some places 20-40 m) canyon, one of the ledges of which is named after the famous Ukrainian geologist-petrographer (“ Rock of Rodionov). Gorny Tikich, together with the rivers Gniloy Tikich and Yatran, enters the Southern Bug basin. Before entering the Buk Canyon, the waters of Gorny Tikich rapidly roll down from a block of granite, thereby creating a noisy two-meter waterfall Vyr. Near it, in the nineteenth century, a large water mill was built, of which only fragments have survived.

REVIEWS
All reviews (6)
inna76ivanovna
Traveled 2 years ago
Rating 10
Children and adults who love picturesque stunning nature. very beautiful photo
We were in May 2019. Loved it, the view is amazing. We thought that we stopped by for a couple of hours, but stayed all day. You can even with a tent for a few days. The villagers are hospitable. There are very few people. Of the minuses - there is no infrastructure. Near the canyon itself there is a small summer cafe, but if you want to have a bite, then in the center of the village near the bus stop they bake delicious pies.→
1 comment | leave a comment
turist_ua
Traveled 5 years ago
Rating 10
"Cherkasy miracle of nature"
Buksky Canyon is called the "Cherkasy miracle of nature. " At the entrance to the Buk Canyon there is a beautiful Vyr waterfall. Walking through this park, you can see majestic rocks, amazing waterfalls, granite blocks, rocky cliffs - the picturesque landscapes of the canyon are amazing! We offer you to visit this excursion together with the travel agency "Rest for one hundred percent" You can order an excursion by calling (057.728-06-33, (067.329-17-62→
no comments yet | leave a comment
nagovicinatoma
Traveled 6 years ago
Buk Canyon
Everything amazing is nearby! Literally a 3-hour drive from Kyiv is an amazing area - the Buk Canyon. The protruding rocks, in the manner of the Norwegian fjords, the seething stream of water - everything looks grandiose and unusual. Climbers come here, set up camp and enjoy nature and the opportunity to practice. From Kyiv, many travel agencies offer a similar excursion, along the way Uman is also nearby.→
no comments yet | leave a comment
xeops
Traveled 6 years ago
Rating 8
A very beautiful place
I was most interested in the remains of a stone structure right above the water, reminiscent of a restaurant for the party elite. It turned out that these are the remains of the first hydroelectric power plant, launched back in 1929. At the top of the canyon there is a bypass channel, which provided water pressure for the power plant right up to 1965, when it was closed. It would be nice to make a restaurant there, for the modern elite : -)→
no comments yet | leave a comment
Sedneva3
Traveled 7 years ago
Rating 8
It is interesting for climbers and just lovers of beautiful nature.
It is better to come on a weekday, as there are many tourists with tents and barbecues on weekends : )→
no comments yet | leave a comment
bovskaya3
Traveled 7 years ago
Rating 7
All to the canyon
Cherkasy region flows the river Gorny Tikich. In fact, its historical name is Ugorsky Tikich (according to the Ugric people who lived here earlier - the ancestors of modern Hungarians and Urals (Khanty and Mansi). Later the name of the river was transformed into Gorny Tikich, which partially corresponds to the nature of the river - its channel is winding, and the banks have frequent rock outcrops. On Gorny Tikich, near the village of Buki, there is one of the most beautiful places in Ukraine - the Buk Canyon.→
no comments yet | leave a comment
Write a review
PLACES NEARBY
show on the map

No reviews
Ukraine, Uman
Religion
distance: 40.5 km.
On the map

No reviews
Ukraine, Korsun-Shevchenkivskyi
Museums
distance: 47.9 km.
On the map

No reviews
Ukraine, Korsun-Shevchenkivskyi
Museums
distance: 48.9 km.
On the map
QUESTION-ANSWER
No questions
ФОТО: CANYON AND WATERFALLS ON THE RIVER GORNY TIKICH 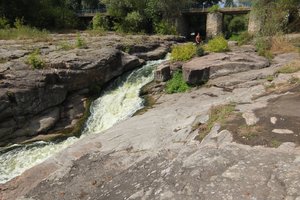 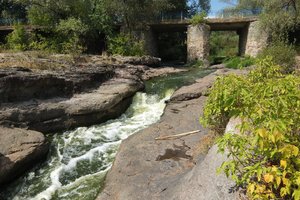 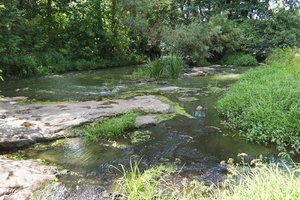 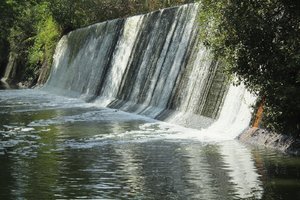 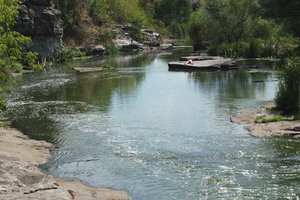 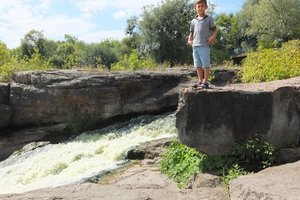 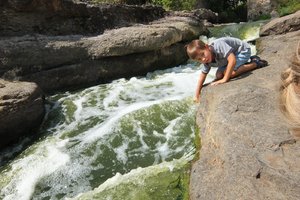 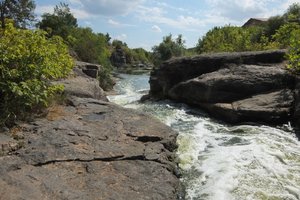