7.0 Number
7.0 Service
7.0 Purity
8.0 Nutrition
7.0 Infrastructure
The hotel is located opposite the Great Synagogue and next to Independence Park. Opened in 1974, last renovated in 2012. Part of the Fattal hotel chain.More →
Reviews 1 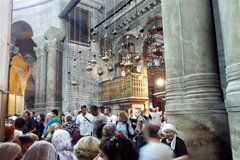 Church of the Holy Sepulcher 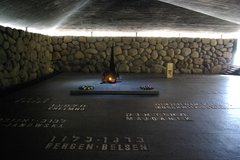 The hotel is located opposite the Great Synagogue and next to Independence Park. Opened in 1974, last renovated in 2012. Part of the Fattal hotel chain.

Расположение The Wailing Wall and other historical sights are within a 20-minute walk. Ben Yehuda Shopping Center is a 10-minute walk away. 45 km to Ben Gurion Airport.
В отеле

Cardo main restaurant, Primavera Italian restaurant in the lobby, Barbeque bar on the terrace with access to the pool, bar-cafe in the lobby, bar-cafe by the pool, 5 rooms for conferences, seminars, family events with a capacity of 12 to 450 people, 24-hour services ironing service (surcharge), shops selling gifts, souvenirs and jewelry in the lobby.

Для детей During the holidays and weekends (during the summer season), the ‘Kishkushim’ club operates, which includes game rooms and activities for age groups from 1 to 9 years old and from 4 to 9 years old, as well as a board game area and a large selection of computer games.
Развлечения и спорт Duo Spa: classic massage, Lava Shell massage, hot stone massage, Ayurvedic massage, sauna, fitness center.
Описание номеров