7.0 Rooms
7.0 Service
8.0 Cleanliness
10.0 Amenities
The 5-star Grange St. Paul's Hotel is located in the City of London's financial district, next to St. Paul's Cathedral. Combining contemporary style with elegance, this hotel is ideally located in the heart of London, 5 minutes from National Car Park and 45 minutes from Heathrow Airport. The hotel has a glass atrium with 4 restaurants.More →
Reviews 1

Now about the good?
Excellent location of the hotel! Godliman Street, on which it is located, is a small, quiet street a stone's throw from St. Paul's. Nearby (5 min. walk) two metro stations - Blackfrairs and St. Paul's, as well as two railway stations - Blackfrairs and City Thameslink.
Within walking distance of the Millennium Bridge, the Tate Gallery and all the attractions of Southbank on the south bank, as well as the Guildhall, the Bank, the Monument, the Museum of London, Victoria Embankment and the Temple on the right. For half an hour in the evening we reached the hotel from Covent Garden. The Tower is about the same distance.

This time breakfast was not included in the price of the room, we decided to find our bearings on the spot. You could buy at the hotel or have breakfast in numerous cafes on Carter Lane or St. Paul's Church Yard. We opted for the latter and settled on the chained Apostrophe right across from the steps of the cathedral.

The rooms are spacious enough for London, clean, amazing soundproofing. Never before have I experienced such silence in a densely populated hotel.
There is a seating area with a coffee table. The bathroom is spacious, there is a bath and a shower, everything is not very new, but serviceable and decent. I already wrote about the minibar, is there everything for making tea / coffee, is it replenished regularly, except for water? Did you buy water at M&S, even though Comrade B. Johnson claims that you can drink tap water in London? Ironing facilities, safe, telephone, alarm clock. TV - LCD with connectors for connecting various devices. For some reason, the flash drive with the movie did not work - there was only an image without sound, and with the Samsung Galaxy S4 everything was read perfectly through the cord. In general, you need to understand.

Cleaned normally, without fanaticism. Once they put a dirty towel, a couple of times they “squeezed” an evening chocolate bar. But, in general, there was no dust, plumbing shone.
Newspaper every morning.

The hotel is focused on various corporate events.
Every day, parties, conferences, corporate parties were held in the halls, restaurants and special apartments on the top floor. There is also a large spa with swimming pool and gym. This, of course, affects the price and star rating of the hotel. That is, I got the impression that 5 * - not for rooms and service, but for a large number of additional services. If you choose a hotel, roughly speaking, in order to spend the night, then you can find a cheaper hotel (lower star rating) and not feel the difference in the rooms, or, paying the same amount, get more luxurious rooms. Description on booking. who is slightly exaggerated. For example, they write “Each elegant room of the Grange St. Paul's has a luxurious bathroom with a power shower, designer toiletries and a powerful hair dryer. ”
In fact - an ordinary hair dryer, an ordinary bathroom, average cosmetics.
Nevertheless, I can safely recommend the hotel if the price is promotional. Great britain, London
Map
The hotel is not on the map. Show city map
Attractions 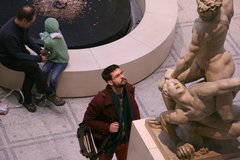 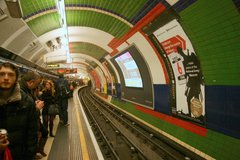 Location metro station Paul's and the London Stock Exchange are a 5-minute walk from the hotel. Fashionable South Bank and the Tate Modern are also a 5-minute walk away.
In a hotel

For kids
Entertainment and sports
Description of rooms

Each room at the hotel is equipped with a bathroom with a power shower, toiletries and a hairdryer. Rooms also feature an LCD TV with satellite channels, bathrobes and slippers, and free Wi-Fi for your convenience.