№14 in the hotel rating Sharm el-Sheikh
8.6 Number
8.8 Service
8.6 Purity
8.3 Nutrition
8.9 Infrastructure
The hotel is located in the central part of Naama Bay, surrounded by numerous restaurants, shops, cafes and souvenir shops. Opened in 1987, the last partial renovation took place in 2011 (an annual phased cosmetic renovation is carried out). Focused on family holidays, but also suitable for young people, as it is located in the very center of Naama Bay.More →
Reviews 55

* Minuses:
- There are a lot of crows both on the beach and on the summer terrace of the restaurant, once 10 crows were counted on the tables. If you get up from the table and go for coffee, by the time you arrive they are already eating your food. There are also crow repellers. It's the same on the beach climbing in bags stealing everything they like ...
- Another minus is that they are allowed to smoke right on the beach, so there are a lot of cigarette butts in the sand ...though in the evenings they go and collect them, but most of them remain in the sand. Breathing cigarette smoke on the sea is not much fun...
- But the biggest trash is in the mouse hotel.
- For 11 nights I saw 9 rooms, we lived in 3 of them.
The first room was given with a bad bed, so we didn’t get enough sleep on the first night and were so tired from the road, and there’s such a bonus.
The second room was better, more spacious with a view of the pool, palm trees, beauty ...but apparently not only we liked it ...rodents too. There were mice in the hotel, they climbed all over our things, in a suitcase with toys, peed, etc.
Wow, just creepy and disgusting.
I have a phobia for rodents, I didn't sleep for two nights because of them...
I come to the reception, they say that now they will give me a person who will help catch mice, are you serious, I explain to them that I have a phobia, give me a room on the second floor, they say that we are not supposed to have such rooms seriously, but we are supposed to live with mice ? As a result, they drove me around the hotel for two hours in search of another room, also a one-story bungalow, where there is a chance that there will be mice, respectively, the “mice catcher” is coming with us and guess how and with what he was going to catch them? With his bare hands, he enters the room, knocking on the nightstands and waiting for the mouse to jump right into his hands.
We still have two nights to rest, on the one hand I'm afraid of mice and on the other hand for the 3rd time to change the room with a child, imagine what it's like.
The husband agreed that they would bring mousetraps and catch mice, but apparently there were a lot of them, because in a couple of hours two mice were caught.
This is still that terrible sight, you are returning from the beach and you have to fight the mice all the corners of the room were in poop there is even a photo, I also had to take a picture of the mice in the mousetrap.
I’m just very afraid of them, so I won’t show such a spectacle ...
On the beach and other tourists were talking about mice in the rooms...this problem has been going on for two weeks now, and the staff is turning a blind eye to it. They explain that it is winter now, the hotel is in the bay and the mice run away to bask in the rooms.
The Egyptians are funny because you are afraid of mice and you have a phobia, they ask why I am afraid of mice. Seriously, I came to the sea to have fun with your mice?
It's even scary to imagine what's going on in the kitchen...
- The rooms are poorly cleaned, our housekeeper Ahmed seemed so attentive, like he is interested in our well-being, etc.
but did not perform direct duties. There were traces of mice on the floor, the cleaner can bring this to the administration so that they solve the problem ...when I asked why he didn’t warn us about the mice, he said that it was not his job, although he took the dollar left as a bonus without hesitation)))
In general, you won't get much from the staff...the only ones who are ready to really help are gest relation Marina and Alesya!! ! When they realized that we really ran into a problem, they immediately offered a room on the second floor.
- Another minus of the hotel is that at the reception most of the staff do not know Russian, they even make fun of “do not understand Russian”
Like they know English, Italian ...why do they need Russian ...but now at least 90% of vacationers speak Russian, and they cannot say two words in Russian.
Position themselves as a hotel for foreigners, meet foreigners with mice...
I think it’s not worth writing about the fact that the rest is spoiled (((I wanted to relax in this hotel so much, it looks very comfortable, the whole territory is immersed in greenery, close to the sea, a chic promenade, but in the end we left with such impressions. ..
I hope the administration will reach this review and take measures so that you can return without fear and apprehension, to rest, in this pretty oasis.

According to the rules of the hotel, check-in at 15.00. And if you actually arrive at the hotel early in the morning, is it possible to agree to check in earlier? Perhaps for a "thank you" of $20-25
8 months ago  •  7 subscribers 5 answers

I want to book a tour for two for 9 nights with a departure from 02.10 to 07.10. The prices are relatively good. Is it worth booking a tour? Or is it better to try to buy closer to the planned date?
9 months ago  •  4 subscribers 2 answers

In the hotel food FB (full board). What are the free soft drinks?
Do they put water in the room (if so, how much), are there soft drinks in the bars and what drinks are offered for breakfast, lunch and dinner? In the reviews two months ago I read that the food was in the restaurant of the Sharm Dreams hotel. Like now, are there free bars on the beach with snacks so as not to go to a restaurant?
1 year ago  •  2 subscribers 1 answer

Who has been to Jaz Fayrouz Resort 4* lately? How is the food / service now, is the sea warm, windy? We want to go here with a 4 year old
1 year ago  •  5 subscribers 4 answers 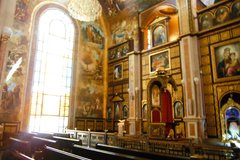 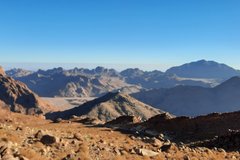 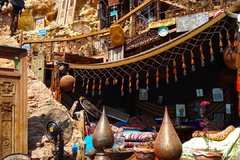 The hotel is located in the central part of Naama Bay, surrounded by numerous restaurants, shops, cafes and souvenir shops. Opened in 1987, the last partial renovation took place in 2011 (an annual phased cosmetic renovation is carried out). Focused on family holidays, but also suitable for young people, as it is located in the very center of Naama Bay.

Расположение The hotel is located 12 km from the airport and 7 km from the Old Town.
Описание пляжа Private sandy beach with a length of 700 meters (20 meters from the reception) and a width of about 20 meters. There is a plastic pontoon - 30 meters, entry into the sea from the shore. The entrance to the sea is sandy, gentle. Beach towels are free. Beach bar Oasis & Breeze - 09:00-17:00 (for a fee).
В отеле

24-hour reception, luggage storage, shops, pharmacy, WI-FI - for a fee (throughout the hotel, including rooms), Internet corner (for a fee), 4 swimming pools for adults up to 160 cm deep (2 of them are heated in winter period), by the pool umbrellas, sun loungers, mattresses and towels: free of charge.

Individual air conditioning, LCD TV, satellite TV, Internet: dial-up (for a fee), Wi-Fi (for a fee), safe (free of charge), telephone (for a fee), mini-bar for a fee (full), tea and coffee making facilities, iron and ironing board (on request, free of charge), balcony or terrace. Bathroom with hairdryer and toiletries.