№60 in the hotel rating Hurghada
6.4 Number
6.9 Service
6.6 Purity
7.3 Nutrition
7.6 Infrastructure
The hotel was opened in 1996, the last renovation took place in 2018. The hotel is perfect for families. Comfortable rooms, quality service and a wide range of services. The hotel consists of a main 2-storey building, one-storey bungalows and a separate 5-storey building, the building has 2 elevators.More →
Reviews 264

Settlement. There were about seven in the hotel. We settled at about 11 in the Regal building, the fourth floor overlooking the sea, in the direction of the Le Pacha hotel. We settled in the first time without additional payments, I don’t know what affected: sweets at the reception, a cover letter from TopHotels, a request on the hotel website, + a smile. The room is good, everything worked, there was a kettle, coffee, tea, safe. They cleaned the room normally, twisted the figures, left 1 dollar. A day later, the card from the door did not work, but there were three of us and three cards, they changed them in turn.

Territory and location. This is a big plus for the hotel. The territory is not small and beautiful. Everything is green, beautiful, flowers around. They constantly plant something, cut it, etc. While there were 13 days, they managed to dig up flowers in many (normal, beautiful) and plant new ones.
Hotel in the city center, on Sheraton street. Shops around, Sherry pedestrian street, fish market nearby, Marina embankment. On the territory there is a swimming pool with cold water, a small water park. Wifi is weak.

Sea: Lagoon, on the right and left there are islands of corals (not Sharm, of course, but still normal for a city hotel in Hurghada). Entry into the sea is normal and rocky. There is a bar on the beach. The first half of the holiday had problems with free sunbeds. Tourists either occupied towels from the evening or from the night (by the way, they are not issued on the beach, but they are already in the room upon check-in, it is not convenient to change them to a cleaner later), but they themselves could come to dinner or even later. But, apparently due to a large number of complaints about this, the hotel posted announcements that towels from sunbeds occupied until 8 o'clock would be removed (it was). After that, it was possible to find a free sunbed in the morning.
This is a plus for the hotel.

But, the hotel administration, I ask you to pay attention to some of the shortcomings that I described in the review, and take measures to eliminate them. Regina can and will be better.

Animation. When we arrived, for the first 5 days there was an animation team (Otto, Katya, Oksana, Nuna, etc. ), which had very positive previous reviews. I don’t know if they relaxed or the tourists have nothing to compare with. There was no water aerobics, there was yoga in the morning, club dance 1 song in the morning and that’s it, volleyball, since there was a foam party on the beach for maybe 30 minutes. After dinner there was nothing, nothing at all, the animators were just there, but what was their job, unknown. (1 time was a zumba though). I did not observe particularly active communication with tourists. In the evening, the show, which did not last long, and then everything, there is nothing to do in the hotel. I tried to find out from the discos in the city, but they were not very eager to go there.

After 5 days, the animation team at the hotel completely changed. And then everything went WOW!
And water aerobics, zumba, stretching, yoga, salsa, bachata, dancing, party with colors, foam party on the beach is not 30 minutes, as before, but more than 1.5 hours, some competitions, volleyball. And the painted children walked, in the evening there were a lot of them in the mini-disco, they paid a lot of attention to tourists. In general, the picture has changed dramatically. The hotel should be grateful to you. This is the case when animation brightens up all the shortcomings of a budget hotel. I hope that this review is read by the head of your company "Happiness Life Of Animation" (judging by the T-shirts of the guys), and will appreciate your work, the review is not custom-made, believe me, I have something to compare with). Evening shows have become much more interesting and longer. We went to discos with the guys. Thank you guys: Moody, Marina, Smile, Janine, Coca, Body, David and Chief Adam, you are super. (Sorry if I forgot about anyone). It was very interesting and fun with you, the rest will be remembered for a long time.

But I want to warn all tourists about a few things:

1. Bed! We arrived at 20:00, we were immediately settled, visually everything was tired, but I'm not worried, . At 22:00 we decided to sleep...and having spread the pastel, we realized that it was impossible to sleep on this

The blanket is either pissed, or filled with yellow spots, the sheet is stained with ink, there is hair on the pillowcase.

We immediately went to the reception, we were fed 5 minutes until 1 am, unable to stand it and making a scandal, we finally changed the bed to a clean one. Beach towels could not be changed in a week.

2. In all the bungalows, sockets do not work well, they fall out and you need to press something down.

3. animation, they seem to be trying BUT it doesn't work out well.
There is a beautiful girl Oksana, she saved our vacation, she is very sociable and contact.

4. SLIDES, all in hooks after driving once, downed elbow, knee and back.

5. Sun loungers, they are sorely lacking, but here the question is not for the hotel, but for tourists why take a sunbed for the whole day if you are on it for 1 hour. But there are pouffes that the beach workers give out, we all licked on them for seven days.

6. If the tour operator Aneks, the guide is a deceiver, took 2 excursions, everything turned out to be not as he said ...

7. Not without sad adventures, the hotel administration arranged a fire show on the half-closed track of the restaurant and something went wrong, because of the small place the fakir worked in a limited space, but gasoline (or whatever he had) blurted out everywhere, an uncontrolled fire seized on the floor and passed to the girl on the leg, the equipment also began to burn, they quickly extinguished it, the children who were sitting next to it were not injured, but the girl’s leg was completely burnt.
They called a separate doctor, he smeared something, rewound, etc. , why a separate one, it turned out that the joinAp insurance numbers do not work alone!! ! For all this, the hotel administration offered as compensation ...a bottle of champagne, I didn’t even want to hear about money for treatment in Ukraine.

8. Shampoos, gels, soaps, take them with you, they are not there. And preferably a fumigator or something else from mosquitoes.

In general, the impression is twofold, like everything is not bad, but too much But, but everyone has their own requirements ...

Who rested after quarantine at the Regina Swiss Inn Resort & Aqua Park? They say that the manager has changed and the hotel has become one level higher, better, in a word they are very praised
1.5 year ago  •  3 subscribers no answers

How the issue was resolved with those employees about whom the girl wrote. We read reviews with a friend and think whether to go or not. scary if you have everything left
4 years ago  •  8 subscribers 14 answers

How is the beer and alcohol situation at the Regina Swiss Inn Resort & Aqua Park? Until what time are the all-inclusive bars open?
4 years ago  •  2 subscribers 1 answer

Who was there recently?
Oh, and reviews here ... But I had no choice, everything else in May is either much more expensive or not in Hurghada itself with no less "good" reviews. I don’t really need much, the only thing is how to beg them to give a number with running air conditioner? Himself a resident of the sea, I know the heat and stuffiness is simply Killer.
9 years ago  •  7 subscribers 15 answers

Your impressions of this hotel
Who RECENTLY - 2013 - rested in REGINA? I heard that the safe is only at the reception (what payment?) What is the current exchange rate ($ 1 = pounds) Your advice .. Thank you for your answers!
9 years ago  •  4 subscribers 5 answers
More » Ask a Question
HOTEL EXPERTS
Similar hotels 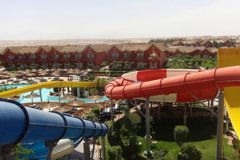 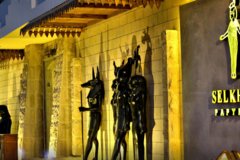 The hotel was opened in 1996, the last renovation took place in 2018. The hotel is perfect for families. Comfortable rooms, quality service and a wide range of services. The hotel consists of a main 2-storey building, one-storey bungalows and a separate 5-storey building, the building has 2 elevators.

Расположение The hotel is located on the seafront, in the center of the resort city of Hurghada and 11 km from Hurghada Airport.
Описание пляжа Private sandy beach 850 meters long.
В отеле