The hotel staff does not want to say anything, as well as its owners. I would like to say our tour. agencies: before you soar the hotel to people - go and see for yourself what you are selling !!!

80% of vacationers were going to fill their faces with their tour upon arrival. managers.
We were not too lazy and explored several 4 **** hotels, approximately in the same price category - Hermes (Hermes) - full of... ! Elegant Hotel - Half Board 3* 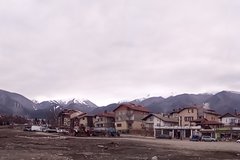 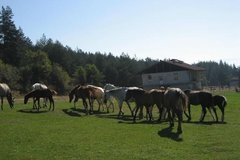 The hotel is located on the left bank of the Glazne River at the beginning of the town of Bansko. Was opened in 2006. 700 m from the city center and 1.5 km from the gondola lift.

Расположение The hotel is located in the ski resort of Bansko.
В отеле

The property offers a free shuttle service to the ski lift.